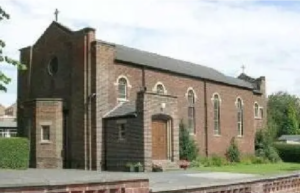 St Mary’s Church foundation was laid on the 3rd July 1937 and completed by the end of the year and officially opened for the Christmas Midnight Mass.

The land, was donated by the Calverley family who lived in Oulton, and Major Calverley made another generous contribution when he had two oak trees felled from the Calverley Estate and sent to Germany to be carved into the statures of The Sacred Heart and Our Lady & Child which stand on each side of the chancel arch.

Most of the other furnishings in the church were given by parishioners. The parish which covers Carlton, Robin Hood, Lofthouse, Oulton and Woodlesford then began to grow under the guidance of several priests. The presbytery was built in 1945 initially as a single story building.

We started with one Mass on Sunday Morning and soon added other services. The Confraternity of the Union of Catholic Mother’s and St Vincent de Paul Society were the first groups to be formed and now include the Parish Pastoral Council and Social Committee. 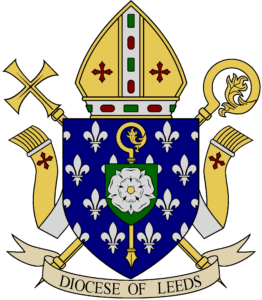